Last week I had a pleasure to speak at Strange Loop and NCDevCon.

At the Strange Loop I presented Aurelia - the next generation JavaScript Framework:

Strange Loop is an intersection of everything: from Researchers, through programmers maintaining 20 years old systems that still works, Web Developers using the latest Frameworks (like React), Web Developers using mature (AKA 'old') frameworks (like Spring), DevOps deploying with Docker, large scale distributed systems architects, to Common Lisp fans. The most important thing is - most of the people at this conference are real passionate programmers. I really recommend you to check out Sam Aaron's session: Beating Threads - live coding with real time. Sam is a researcher who created programming environment that allows you to compose music by writing code. Something that can be used today, which is cool, and he presented it with such a passion that cannot be described by words.

All videos from Strange Loop are available on their YouTube channel.

If you think that now everyone is creating Web Apps and Mobile Apps - go to Strange Loop! You will see a different World. 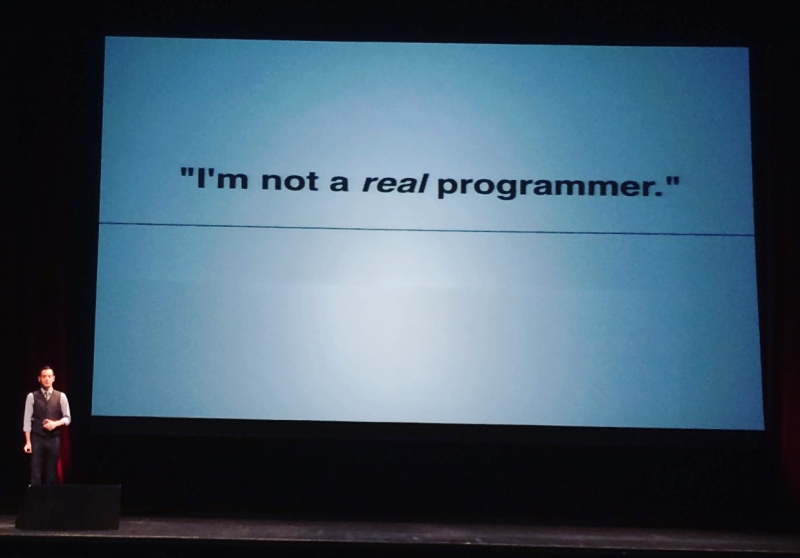 I've been at NCDevCon only for the day two, because of overlap with Strange Loop, and I presented how TypeScript helps to build large scale applications. Unfortunately, there is no video from my session, because just before my talk there was a power outage. I, and other speakers (if they still had battery), had to present from laptops while people were looking from behind our shoulders. 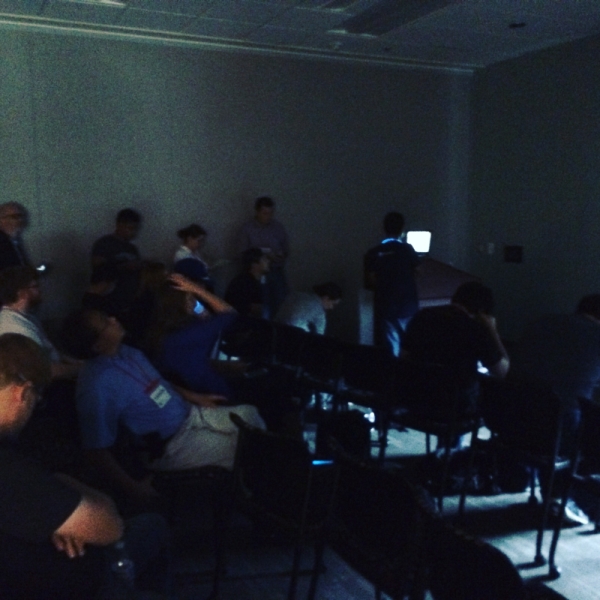 I gave similar talk earlier this year at .NET Developers meetup in Redmond. You can find video and slides in this blog post.

At NCDevCon I've seen only 3 sessions, because 1 hour after my session, in addition to power outage, the fire alarm started beeping, and the rest of the conference was cancelled. Videos from day 1, and maybe some from day 2 (if speakers record them at home) will be available at NCDevCon.com.

This conference was more down to Earth for me, as everybody was talking about Web and Mobile. You can find more detailed overview in this blog post.

On my way back from Raleigh, NC (where NCDevCon took place) I had connection flight in Minneapolis, MN. This gave me an opportunity to see the airport of XXI century: power outlets everywhere, free WiFi, and iPads for free public use (utilized also for ordering food at restaurants). 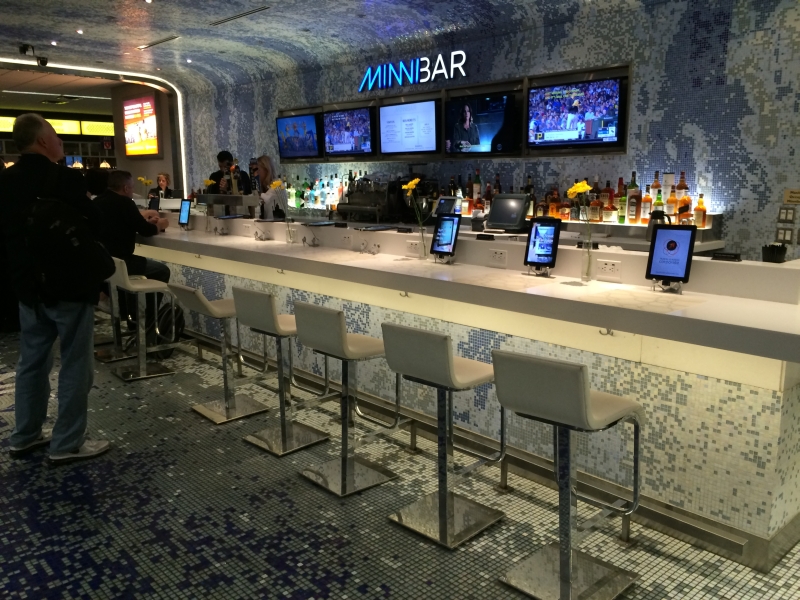 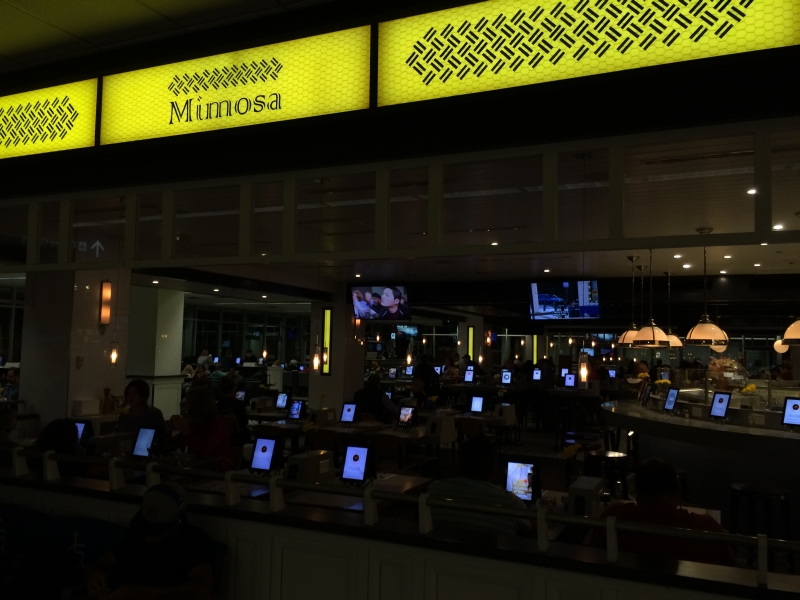 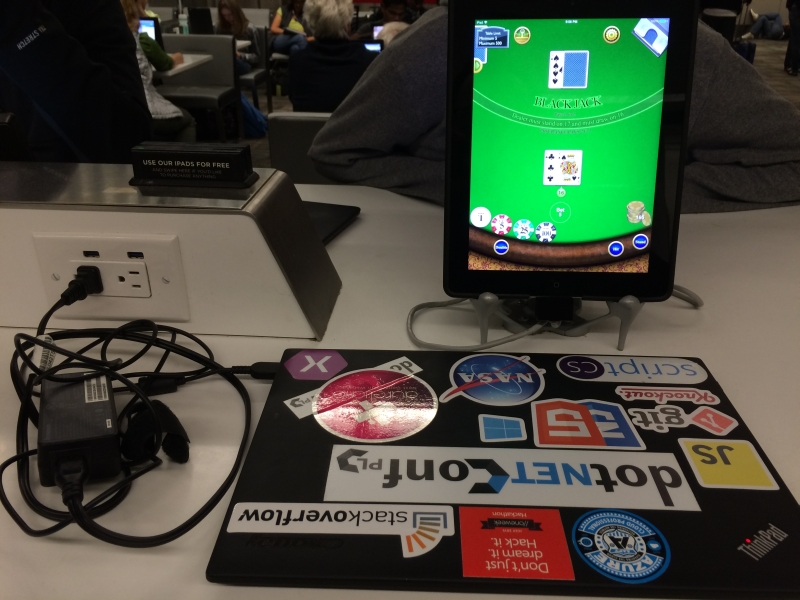 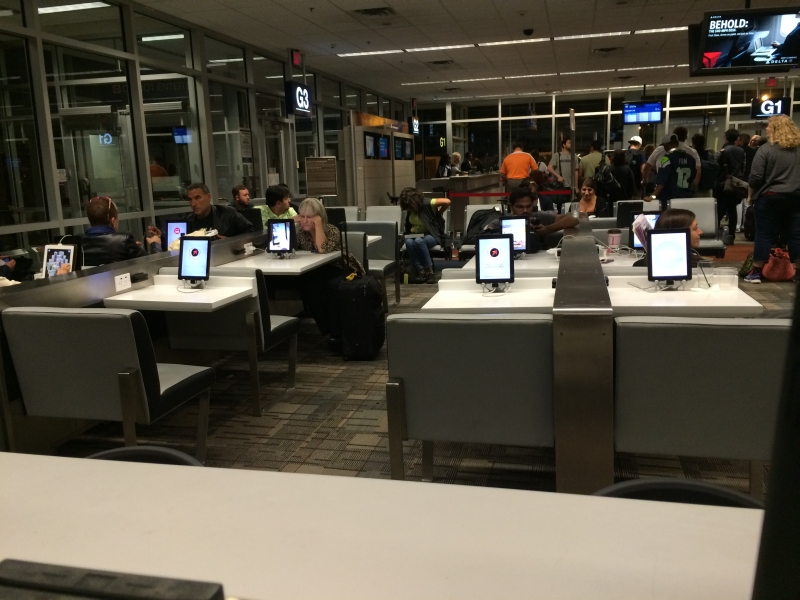 Next
ConnectJS and All Things Open ⏩