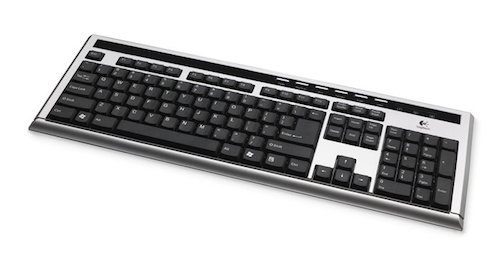 Six years ago I purchased Logitech UltraX, which is still the best keyboard I have ever had. Unfortunately, as you know, keyboard cannot live for ever. Two years ago I wanted to buy the same model again, but...UltraX is no longer made. I was looking for some on amazon and ebay, and I found only Logitech Ultra X with PS/2. I bought it and it was fine, but I needed also PS/2->USB converter (my laptop doesn't have PS/2 like most of laptops today). It works fine, but sometimes it loses connection. Only solution I found is to disconnect and insert it again into the USB port. 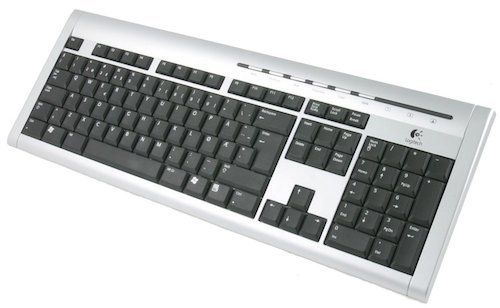 Recently I split a tea on the keyboard and keys are not working very well anymore. Thus I needed a new one. I wanted to buy the same model. It was still available on eBay, but I found this discussion, where one guy recommended Logitech K750. Its price is around 60 USD (too much), but I found refurbished for 30 USD (acceptable) and I bought it. 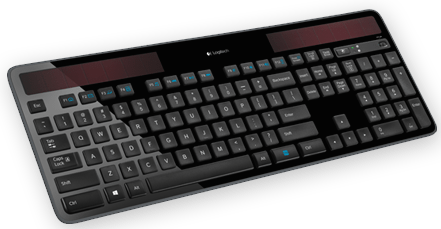 After a month, I can say that I am satisfied. It is wireless, but works smoothly (almost like wired). I didn't have any communication issues so far. The cool thing is the fact that it doesn't have replaceable batteries. It charges itself through solar panels. Additionally Logitech provides Solar App, which shows the battery condition and how much 'light power' is it getting from the light/sun. The two screenshots below shows Solar App when light is turned on (left) and turned off (right).

The most important capability: keys. They are nice, low profiled, but a bit loose and loud. It doesn't bother me though. I can say that K750 is a one class lower than Apple Keyboard, which I was using for 2 months in last summer (working on Mac). I would purchase Apple keyboard (better keys), if it would have 'Windows' version. For now, I am satisfied with K750.

If you are looking for UltraX-like keyboard, then K750 is definitely worth to consider!