Recently I was configuring pipeline that would build the project, run unit tests (with xUnit), run UI tests (with Xamarin Test Cloud), and, if all tests pass, deploy new version of the app to Hockey App. During the process of creating VSTS build definition I encountered a few problems that I think are worth to share with you.

The issues I had, that were not described anywhere online:

Remember to replace YourApp with your app name, and set the same xUnit runner version that you have installed.

The solution there is rather simple: build in Debug mode that has TEST_CLOUD preprocessor directive defined, run tests, and then build again in Release mode before deploying to Hockey App.

For a while I couldn't figure out why my tests are not passing when run from VSTS while they pass on my machine. It turned out, VSTS was using old builds for tests. I am not sure about MacInCloud, but if you are using your own Build Agent running on your Mac the directories that contains binary files are not being cleaned up before next build automatically. To avoid using old builds, you can add, at the beginning of your pipeline, "Delete Files" task and delete everything from bin/* and obj/*. 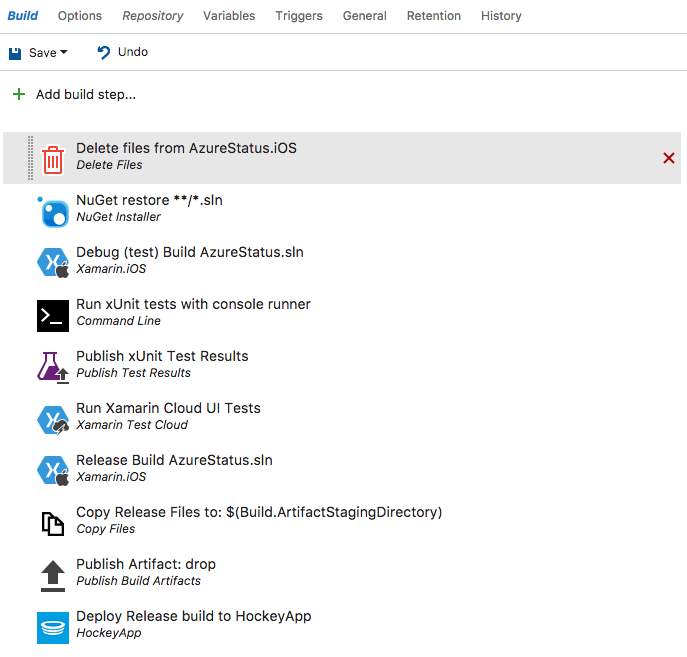 Let me know if I missed some details! I would be happy to add them! Also - if you know better way of doing that - let me know as well!